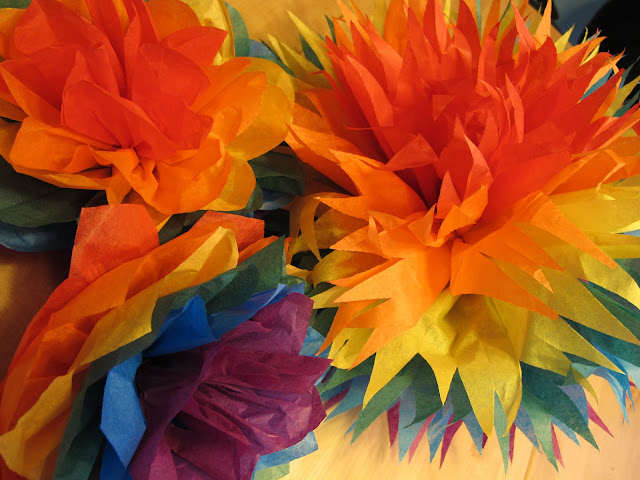 As I mentioned before, using the colors of the rainbow in order makes for really pretty color blending.  For these, I used one layer of each rainbow color and used different edge cutting techniques.
Once you've mastered the rounded petals you can start to experiment with the edges to create more variations.  One of my favorites has spiky edges and looks a lot like a sea anemone.  It would be great for decorations if you were having an "under the sea" or "little mermaid" party!
Start as you would for any other tissue flower.  Fan fold, cut corners off of center fold, secure with ribbon.  Then, to make the spiky petals cut about two inches off the edges towards the center of the fan on both sides leaving a flat top edge. 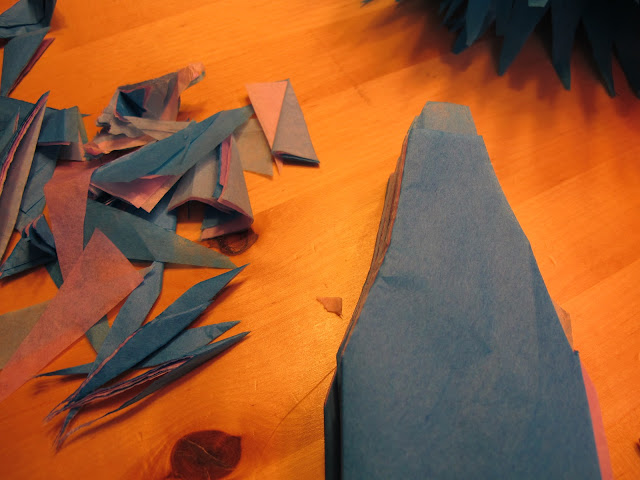 Then starting at one of the top points cut a V shape down into the center. 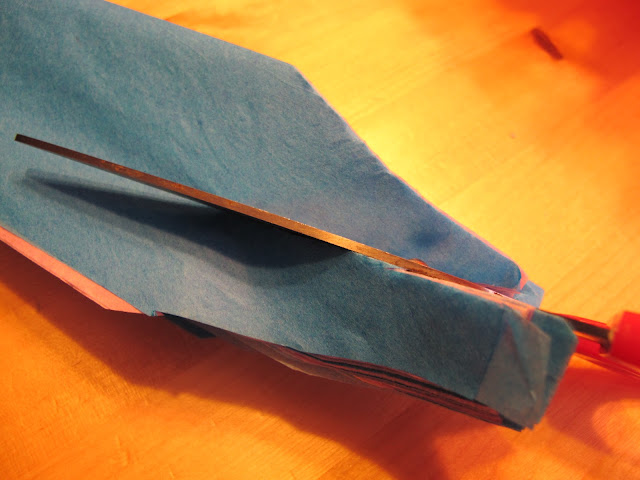 Cut down until you are even with the edge cuts, about 2 or 3 inches deep. 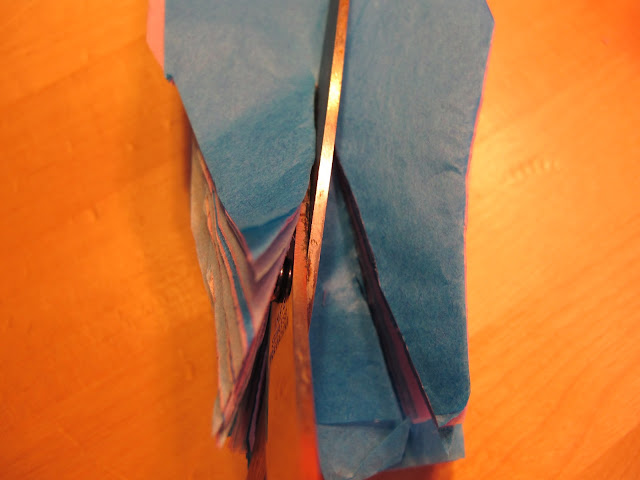 Cutting down towards the center from each side is the best way to make sure the points are sharp. 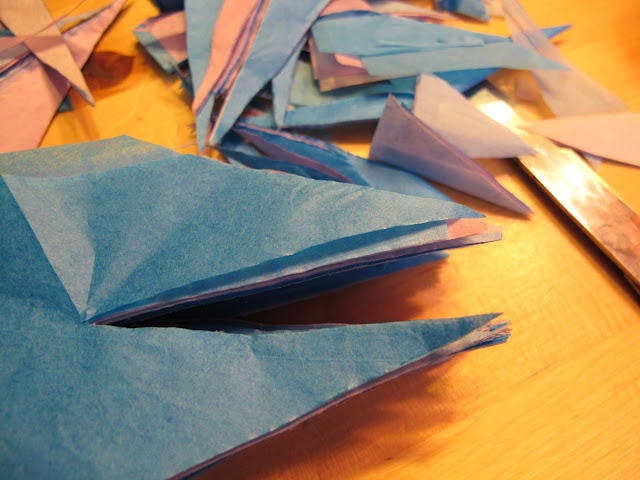 Fan out and separate the edges scrunching it slightly at the middle. 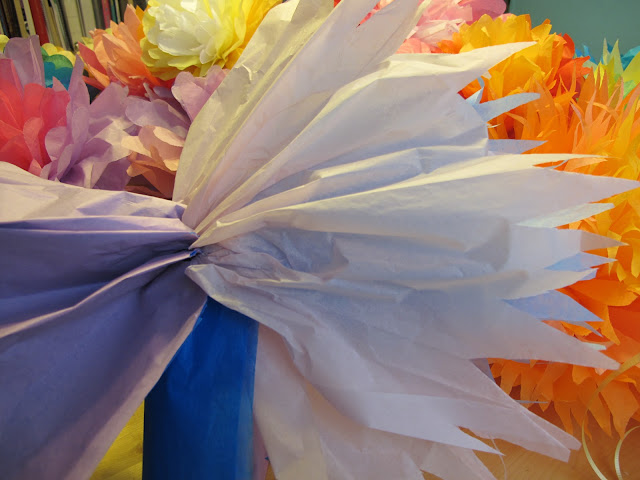 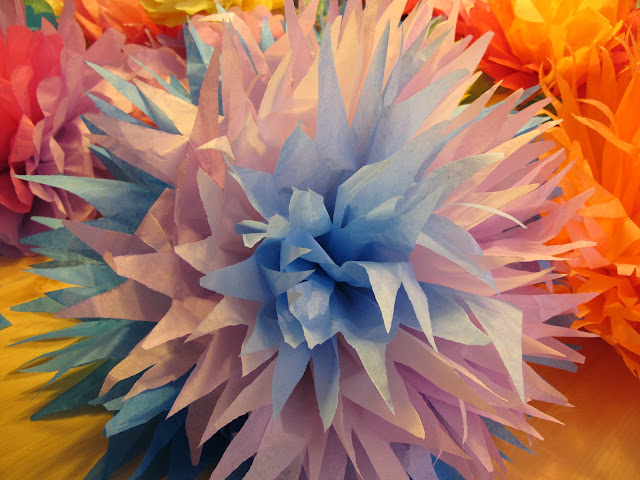 For the next variation, I wanted to have a yellow pom-pom center.  To make the center pompom your top center layers should be half the width of the other layers.  Just take one layer of yellow (or whatever color you are using for the center, fold it in half lengthwise and cut in two. 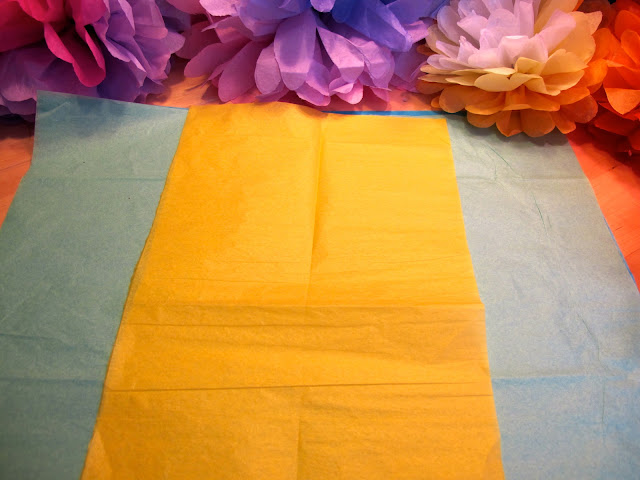 Then, take just the yellow center layers and fan fold.  Then fold in half lengthwise and snip the end edges (not the folded edges). 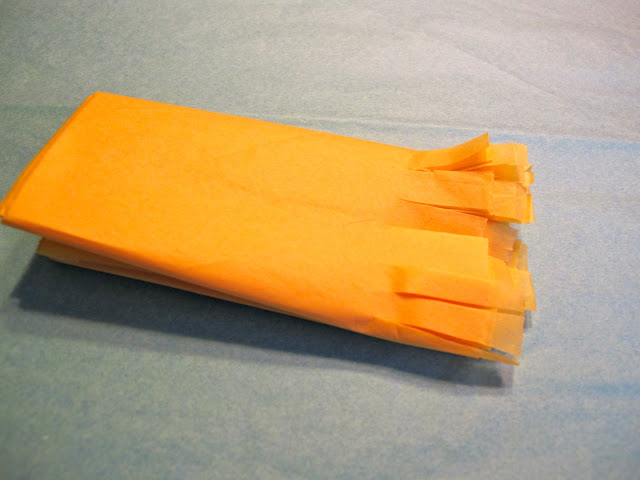 Unfold it and place it in the center of your other layers of paper (the layers that will form the petals). 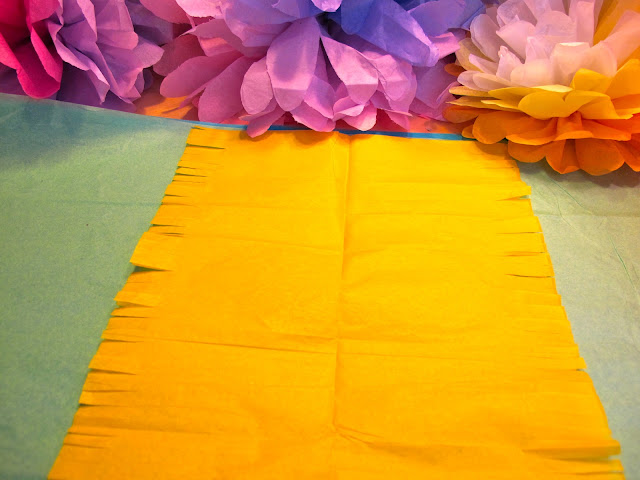 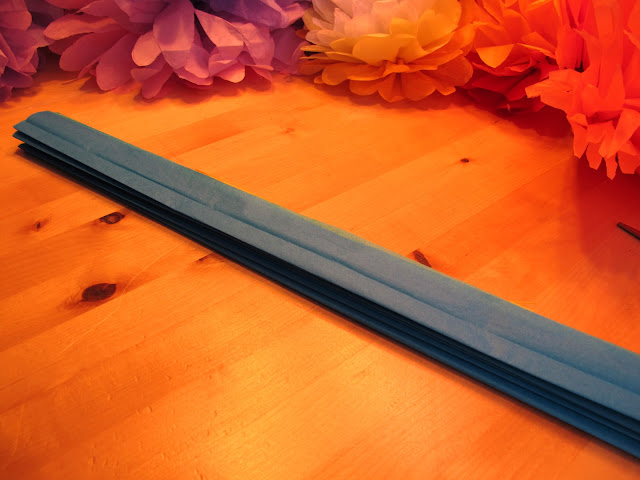 Fold in half and try to make sure the yellow center part lines up evenly. 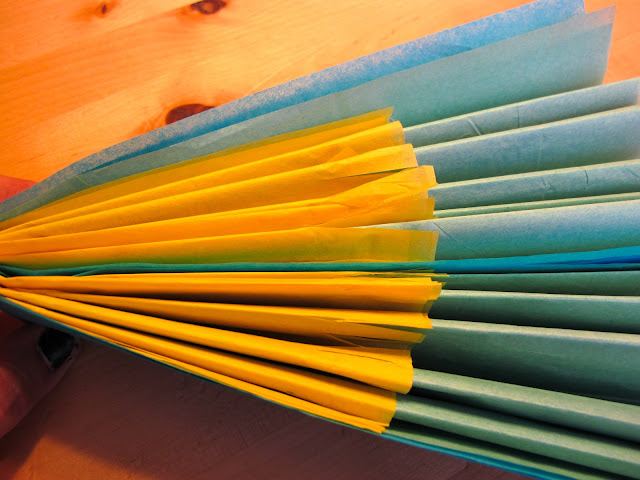 For extra large rounded petals, start at the raw edge and cut one curve in towards the fold. 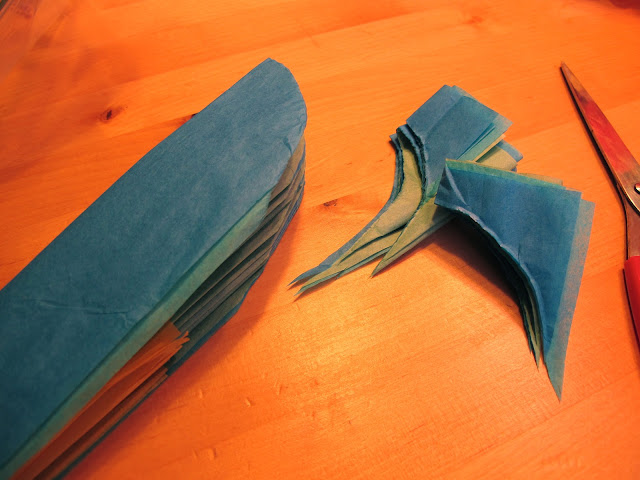 Cut the notches from the center fold (as in the first tutorial).  Open up and secure with ribbon or wire. 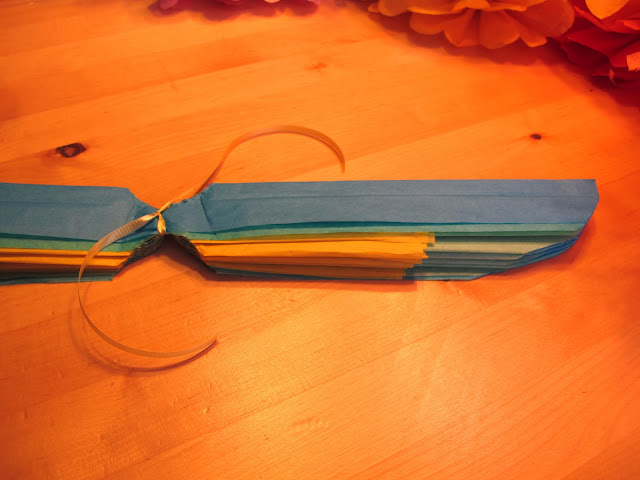 Lay flat and starting at the center fluff and separate each layer.  Taking special care with the pom center! 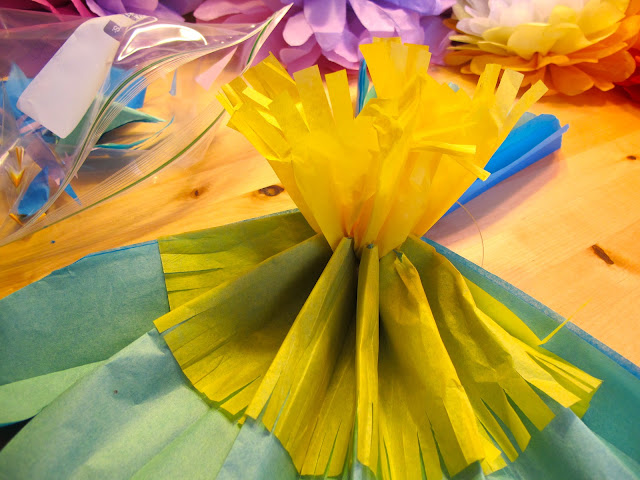 Carefully scrunch the paper near the center notch, and ruffle the edges to make the pom center. 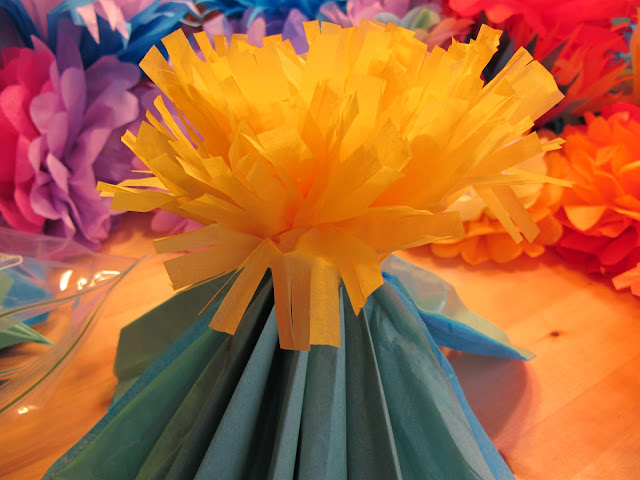 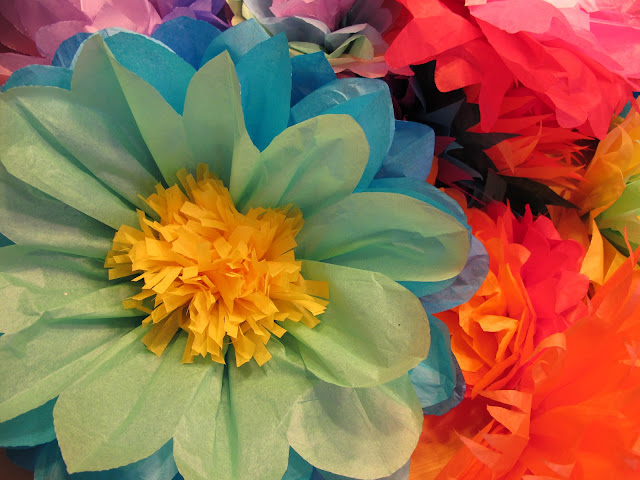 Be creative, try different edges and center cuts and you'll end up with a bouquet of beautiful blooms!
Posted by Eden Folwell at 1:04 PM