Bored? Make Your Own Board Game

The kids were fighting about which board game to play.  It was a toss up between Cranium and Hungry Hippos.  So, since I can't possibly favor one over the other, I suggested we make our own.  I took apart an old priority mail box (free, thank you post office) for the playing board.  I told the kids that all the best board games have a theme, so Beckett came up with "The Road of Evolution" which I wrote along the side.  The kids drew the game spaces with black markers and colored the pictures with crayons. 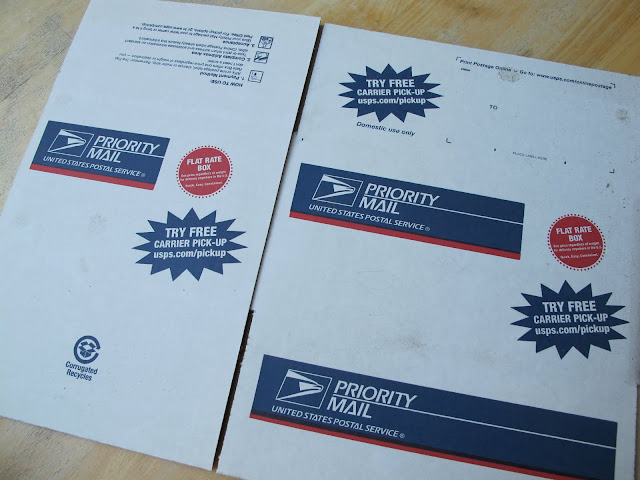 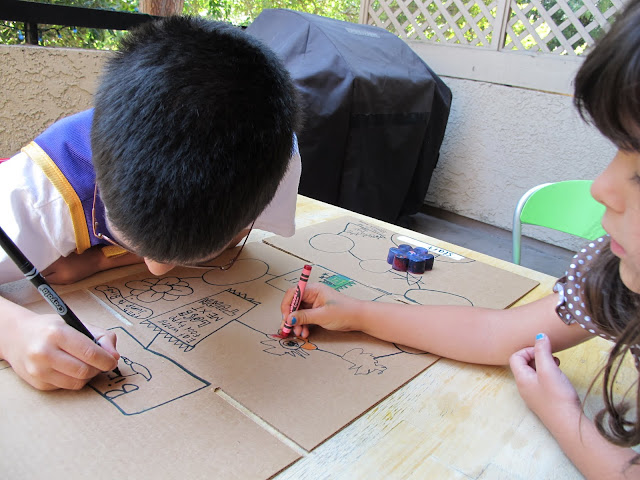 In our game, the players evolve from EGG to DINOSAUR to BIRD to DOG to HUMAN FORM.  Along the way they are sent back by lava pits, gravity, snails, ice, and the favorite... a SQUARP (a combo word for SQUIRREL-WARP) which was our favorite and least favorite space.  Landing on it warps you forward to a roll of the die which results in either an easy win or a rabbid squirrel attack which sends you back to EGG!  There was a strong influence from Doctor Who in the warping and interplanetary travel aspects here with no clear reason for things like Lava water in the dog bowl. 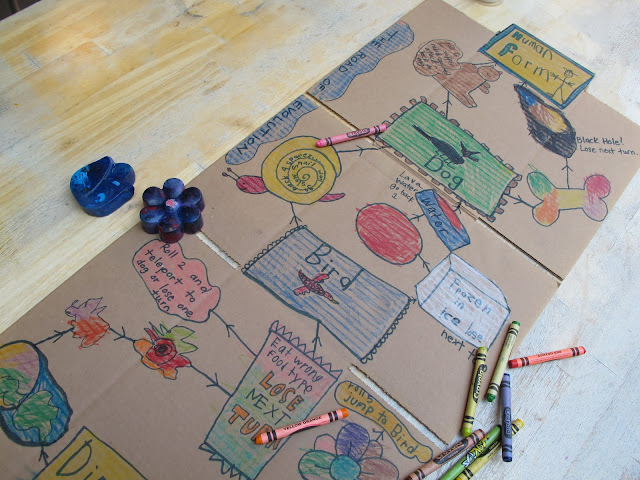 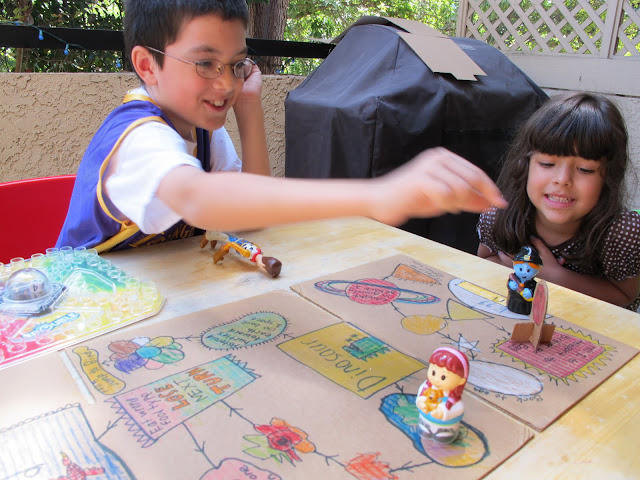 For playing pieces we used small toys.  I grabbed the Wizard of Oz mega blox pieces.  Beckett preferred to make his own pieces from some more small pieces of cardboard.  Holly made a princess and Beckett made an "angry face" and a "big zero".  We used the dice popper from our "Trouble" game because we thought that was more fun than rolling a regular die.  The kids loved it and after each game round we added to the blank squares to make the game more challenging and to give more chances to scream SQUARP at the tops of our lungs.  Holly added a space with "dog hair in egg" that sends you back to the starting egg, of course! 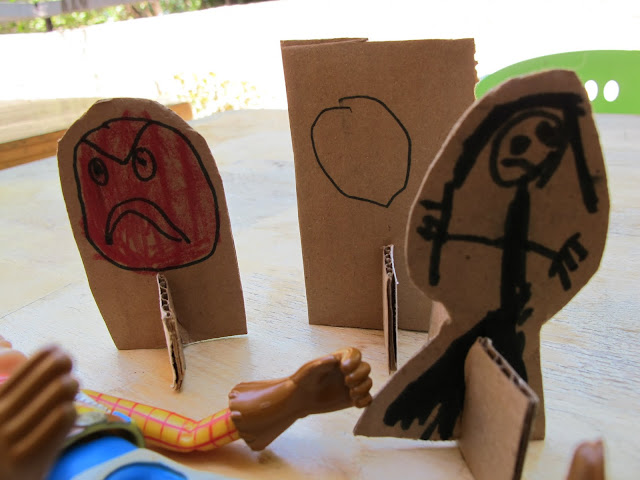